Army of the Lord 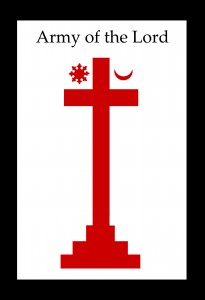 This title addresses the question: “Are you called to be a member of God’s Army?” How can you know for sure? Is it too late to prepare for this calling?

Plus, what the Army’s duties will be, and what powers they will have. This book is authored by someone who has been doing spiritual warfare for more than 40 years and he is a descendant of two notable warriors for Christ – Henri de St. Clair who took part in the first Crusade that returned Jerusalem to Christian hands, and the Rev. John Rogers who was author of the first authorized English Bible, and the first to be burned at the stake by “bloody” Queen Mary. 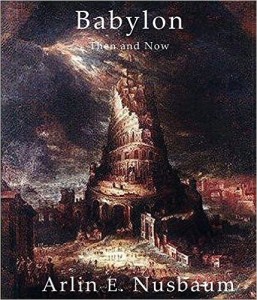 This title gives a brief overview of Babylon from its beginning until now and connects dots never before connected.

There are three overlooked prophecies that must come to past before Our Lord returns. These prophecies have been overlooked or obscured, and are not presently on the radar of prophecy readers or writers. They have to do with an all encompassing deception in the body of Christ that has remained undetected until now. 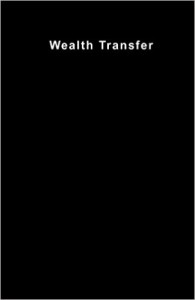 The topic of “wealth” or “riches” was at the center of most of Jesus’ teachings. What we do with our wealth is an expression of who we are. Those who “serve mammon” and not God will be judged very soon. The riches of the wicked have been promised to the righteous; that time has come.

Mystery of the Inner Man 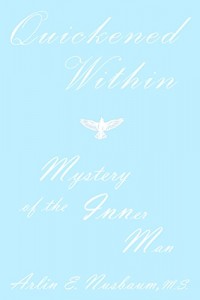 This is a most profound teaching on the differences between the Spirit of God and The Holy Ghost. The two are not the same and this lack of understanding has led to widespread deception in the body of Christ and their acceptance of false teachers, false apostles, false prophets, deceiving spirits, and a complete apostasy of the Christian faith – as were prophesied.

This title provides SAFE methods for interacting with God and empowers individuals with God’s Spirit, which is much safer approach for it ALREADY exists within each of us; it only needs to become “Quickened Within.” 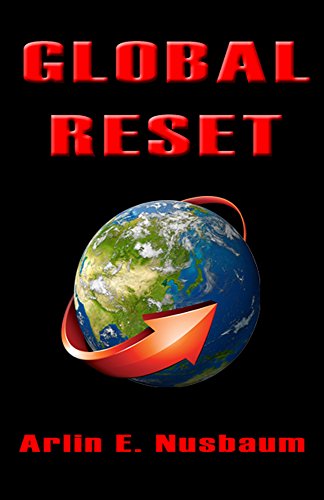 God is about to perform a “Global Resetting” of the earth. This book describes both the “why” and the “how.”

As It Was In The Days Of Moses, So Shall It Be At The Coming Of The Son Of Man

This book is the result of a command by the very voice of God, to learn and write about the title that God Himself gave to me. At the time, I did not know how He even did it, because it felt like every cell in my body vibrated by His voice. I both heard it, and felt it, simultaneously. Since then, I have learned that God’s spirit is everywhere present, which gives Him access to any person, place, or thing. A good example was the burning bush that He spoke through to Moses.

I learned there is much evidence about The Exodus, and during the writing of this book, a documentary came out in theaters showing what they have found (Patterns of Evidence: The Exodus, by Director Timothy Mahoney). Several experts claim that a conspiracy exists to keep the information hidden and obscured. Without a doubt, God purposely left signs that would last till He returned, like the splitting of the rock in Horeb, which is a Type for when He splits the eastern sky and reveals His love, power, spirit, and glory.

I discovered and documented many other Types, most of which have not been chronicled until now. They are all very exciting because they confirm God’s Final Act: There will be deliverance from spiritual bondage like the children of Israel were delivered from Egypt. There will be deception, like there was in Egypt, and after they left. Something hardly mentioned by Moses (no doubt to withhold giving credit to the evil one) was how the devil one succeeded in getting the children of Israel to turn against him and God, even after seeing God demonstrate His power and glory many times.

I maintain that the account of the children of Israel cannot be understood without acknowledging this element, viz. The deceiving spirits that empowered the false religion, magicians, and prophets in Egypt, followed the children of Israel and caused great chaos. This is a Type for the havoc that will exist even after God pours out His love, power, glory, and spirit at The Sign of Jesus’ Coming.

The reality that the children of Israel were also in spiritual bondage (or sin) is a dynamic rarely discussed, but the apostle Paul did in fact identify what those sins were, and indeed, believers and non-believers alike are dealing with the same delusions today. The account of the children of Israel is both a mirror of who we are, and, a looking glass for what we can expect to come.

It is a Warning Message, in great detail, that was designed by God thousands of years ago, for our generation “upon whom the ends of the world are come.” (1Cor.10:11)

How The Sign of Jesus’ Coming Will Change The World

Details the return of Jesus and how it will happen in stages with one of the first stages being the appearing of his Sign. With The Sign of Jesus’ Return will come His glory, which as prophesied will be seen and felt. With such a wonderful and exciting approaching event, no one should be focusing on doom and gloom, the antichrist, or any of the horrors of The Revelation of John. Those only come if the majority on earth reject the love of Jesus Christ.

The Coming War In Heaven

Some believe the prophesied “war in heaven” has already happened. This title points toward the fact that this has not yet happened and removes confusion over the heavens, what and where they are, who the adversary is, which heaven he and his angels currently inhabit, how the war in heaven will take place, and what the end result will be.

24 Seventy weeks are determined upon thy people and upon thy holy city, to finish the transgression, and to make an end of sins, and to make reconciliation for iniquity, and to bring in everlasting righteousness, and to seal up the vision and prophecy, and to anoint the most Holy.
25 Know therefore and understand, that from the going forth of the commandment to restore and to build Jerusalem unto the Messiah the Prince shall be seven weeks, and threescore and two weeks: the street shall be built again, and the wall, even in troublous times.
26 And after threescore and two weeks shall Messiah be cut off, but not for himself: and the people of the prince that shall come shall destroy the city and the sanctuary; and the end thereof shall be with a flood, and unto the end of the war desolations are determined.
27 And he shall confirm the covenant with many for one week: and in the midst of the week he shall cause the sacrifice and the oblation to cease, and for the overspreading of abominations he shall make it desolate, even until the consummation, and that determined shall be poured upon the desolate. (Daniel 9:24–27)

3 Let no man deceive you by any means: for that day shall not come, except there come a falling away first, and that man of sin be revealed, the son of perdition;
4 Who opposeth and exalteth himself above all that is called God, or that is worshipped; so that he as God sitteth in the temple of God, shewing himself that he is God. (2 Thessalonians 2:3–4)

Thus believers, by and large, are waiting for a temple to be built in Jerusalem on Temple Mount and for the antichrist to set himself up therein to then break a “seven-year treaty” with Israel half-way through. They fail to realize Paul’s use of the term “temple” applies to the body of believers and not a structure:

16 And what agreement hath the temple of God with idols? for ye are the temple of the living God; as God hath said, I will dwell in them, and walk in them; (2 Corinthians 6:16)

The body of Christ has been seriously misled by such a simple mistake. Arlin says Paul’s New Covenant definition of “temple” must be used when interpreting Paul’s own temple prophecies.

13 Making the word of God of none effect through your tradition, which ye have delivered: (Mark 7:13)

The Beginning and The Ending of The Revelation of John

For a list of all of Arlin’s Christian titles and reprints go here: http://lionandlamb.net/bookstore/