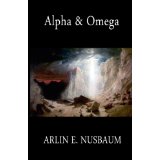 The Lord wants people to know and understand that He is a god of Love, and it is a pattern of His to “deliver” the faithful, not punish them. There is a milieu of very simplistic thinking out there when it comes to The Rapture. It goes like this:

1. There is a tribulation.

2. People will suffer during The Tribulation.

3. Faithful Believers will either suffer through The Tribulation, or escape it.

4. If you believe that you will escape The Tribulation, then you are a Pre-tribulationist.

5. If you believe you will endure The Tribulation, then you are a Post-tribulationist, or don’t believe in The Rapture whatsoever.

The above flawed, simplistic thinking has pitted one Christian against another and caused a great many Rapture prophecies to be either misinterpreted, or ignored.

The truth is, life itself is a “tribulation” and yes, all will suffer tribulations throughout their life. There is a difference however between “tribulations” and God’s “wrath” which is coming to punish the wicked, not the righteous. Of course God loves His followers and provides a way for them to “escape.” All these details and more are addressed in Alpha and Omega.